“Less is more” was a phrase heard often during the judging of the 2021 Kitchen & Bath Design Awards, sponsored by Kitchen & Bath Design News. Six of the industry’s leading professionals gathered to assess the entries, and while all were struck by the beauty of the entries, they gravitated toward the designs that were streamlined, well thought-out and didn’t try to do too much within the space.

The right details were also key to the winning designs. Clever storage tucked into niches, paneled appliances that deliver a more cohesive look and exceptional cabinets, lighting and hardware were among the elements that elevated the leading entries.

The prestigious judging panel for the awards included:

Each of the projects was evaluated on multiple points, including: aesthetic appeal, functionality of the space, attention to detail, handling of unusual situations, originality, selection of colors and finishes, and overall impression. The judges also provided design feedback to all of the entrants.

The judging panel was pleased to see a departure from the ever-popular white and gray cabinets. “I actually loved the moody, dark, really dramatic kitchens, and the winners were the ones that had the dark and moody feel in contrast to the light,” stated Haefele. She noted the added use of natural woods, “which have a lot of warmth. Black kitchens have been around for a while, but integrating the lighter wood makes them less stark and more warm.”

The KBDA Awards were judged by a panel of esteemed professionals in the kitchen and bath design community, including (from l. to r.): Doug Walter, CMKBD; Laurie Haefele; Peter Cardamone; Sarah Kahn Turner; Linda Larisch, CMKBD, and Laura Giampaolo.

“There was a ton of black mixed with naturals,” concurred Giampaolo, along with stone features. “It was very organic, with a lot of warm tones.”

“We saw a lot of moody tones, darker woods, the use of metals and metal paints,” added Kahn Turner. She noted that, while there were still several classic light and bright kitchens, the painted finishes were grays and mushroom tones – a softer, wispy palette.

Walter said that, while white is not dead, there were many shades of off white included. “Darker colors were very popular this year – dark green, navy in particular, and black,” he observed.

Larisch also noted additional combinations going on beyond the dark and light cabinets. “We saw mixtures of gloss and matte finishes, different pops of color, large windows with dark interiors, and different styles for hoods,” she offered.

But, she continued, “I just kept saying ‘less is more.’ Some designers tried to mix too many materials together and they just didn’t pull it off, versus other mixed materials that blended and seemed timeless.”

While Cardamone advocated for taking chances with design to stand out from the pack, he also stressed the importance of keeping things streamlined. “There’s a tendency to crowd an element like a tall refrigerator or place a wall oven next to a cooktop, with a hood squished in there. Instead, you should
let everything have room to breathe,” he stated.

“I’m excited to see people really embracing and stretching some of the cabinetry away from hoods and other things,” noted Kahn Turner. “Windows also give rooms a little more breathing space.” She notes the best designs “don’t try to cram as much cabinetry as possible into a small space, which can sometimes feel disjointed and a little heavy.”

Giampaolo agreed, noting that a few of the designs came across as forced, “like they were trying so hard to use the freestanding tub in the bath when there was no room for it. The designs that came off the best may not have had the most materials in them, but they were done correctly. They were sized, they were comfortable,” she explained.

“What separates a good project from a great project is attention to detail,” Walter stressed. He added that, sometimes, the judging between first and second place is so close, and what can make the difference is some small details. He was especially impressed by the dramatic hoods he saw, and the clever use of the sixth wall – the ceiling.

“I think we saw the cream rise to the top in the subtle details – the fit and finish,” concurred Kahn Turner. “Designers need to pay attention to the little things, such as pulling a cabinet panel forward so that it flushes out with the door, making sure that you have clearances, that your cabinets aren’t too spindly looking and narrow.”

The kitchens that stood out to Giampaolo were those that paid attention to unique details – finding usable space in otherwise unusable areas. “Some of the concepts with the hidden wine cubbies were amazing,” she offered.

Haefele noted that, when first looking at an image, she knew instinctively when she liked it. “It’s when you really get into the details of the design that you can see why you liked it, that it’s so well thought out,” she reported.

Larisch stressed that the details need to be well thought out to make them work within the design, however. “The details need to make sense. You don’t want ones that are just randomly thrown in or had no thought process behind them,” she remarked. “You also need to take care of the details throughout the space and not miss an area. Every single part of that kitchen or bath should work cohesively through each turn.”

On pages 48-73, KBDN shares expanded coverage of the winning projects in the sixth annual competition. For more photos of this year’s winners, as well as insights from the panel of judges, visit www.KitchenBathDesign.com. 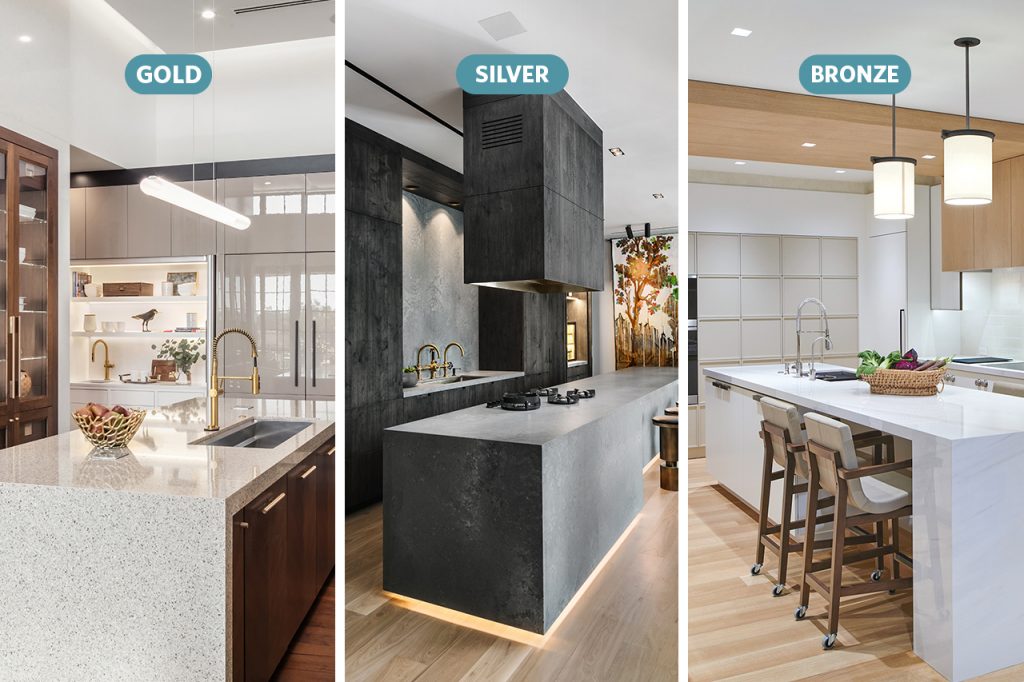 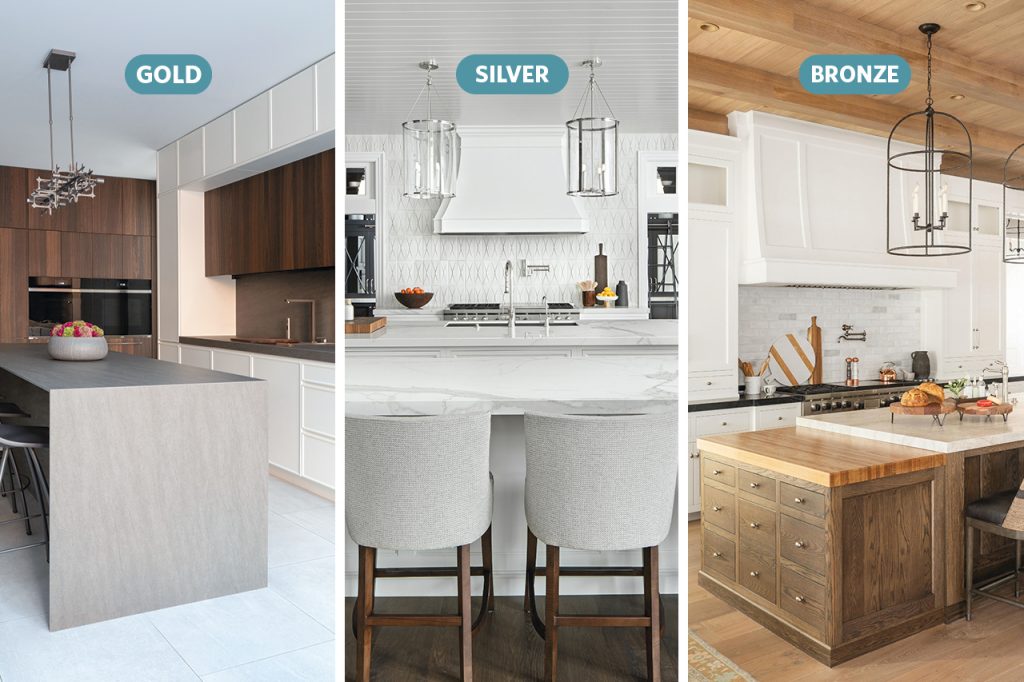 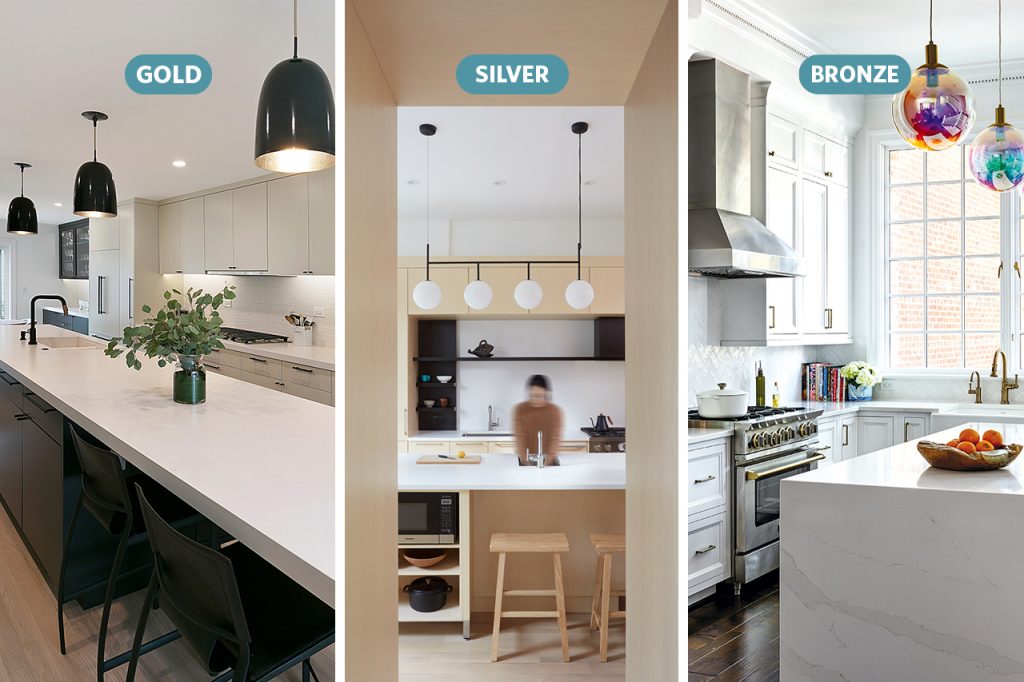 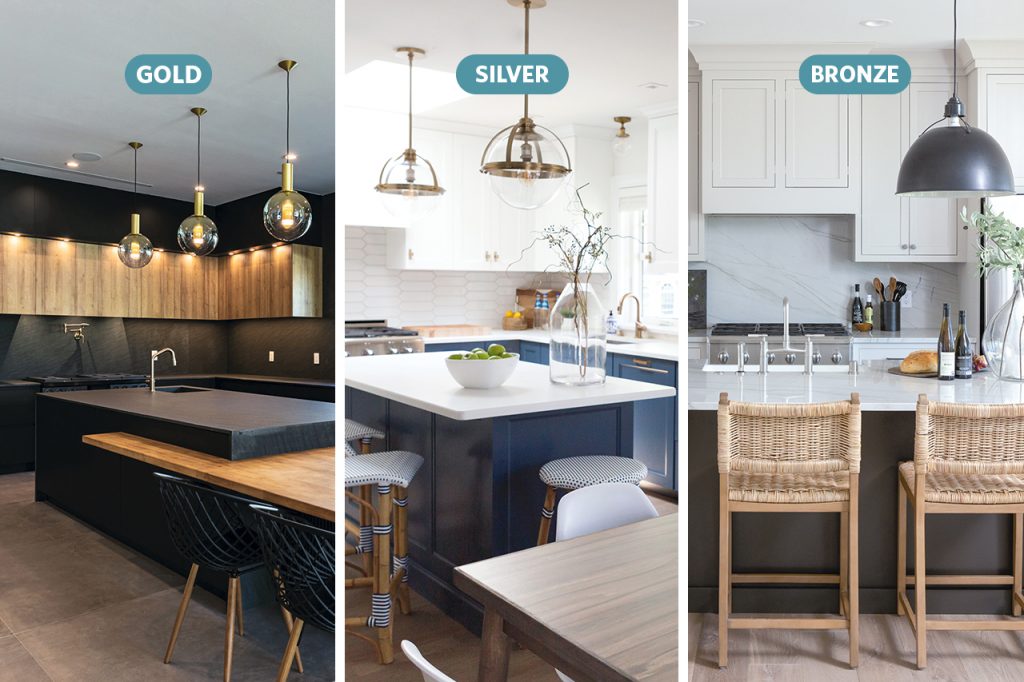 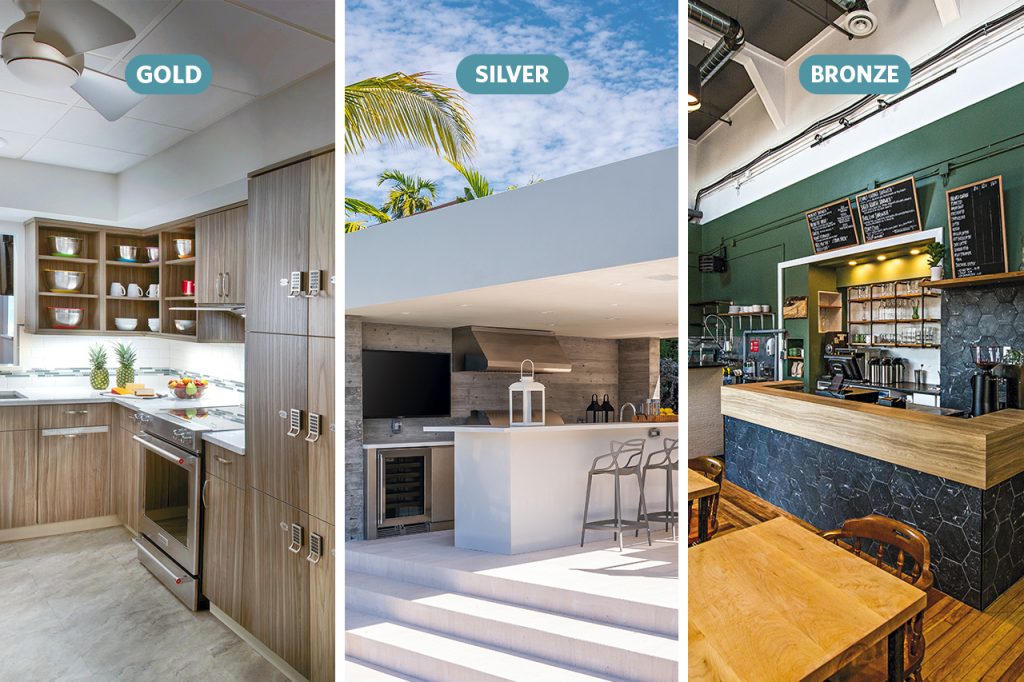 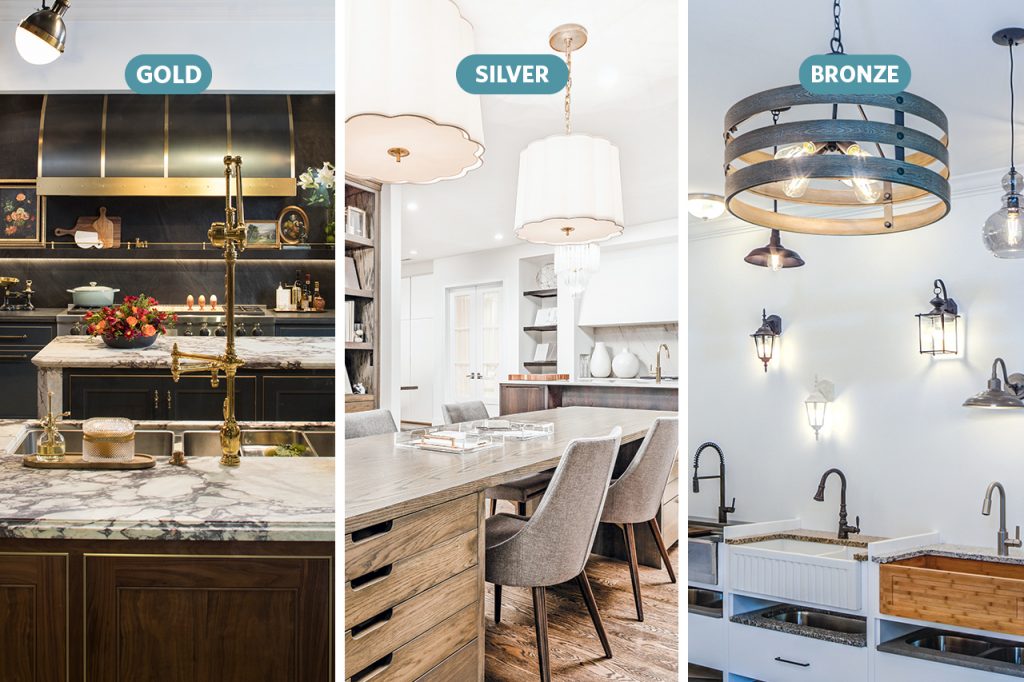 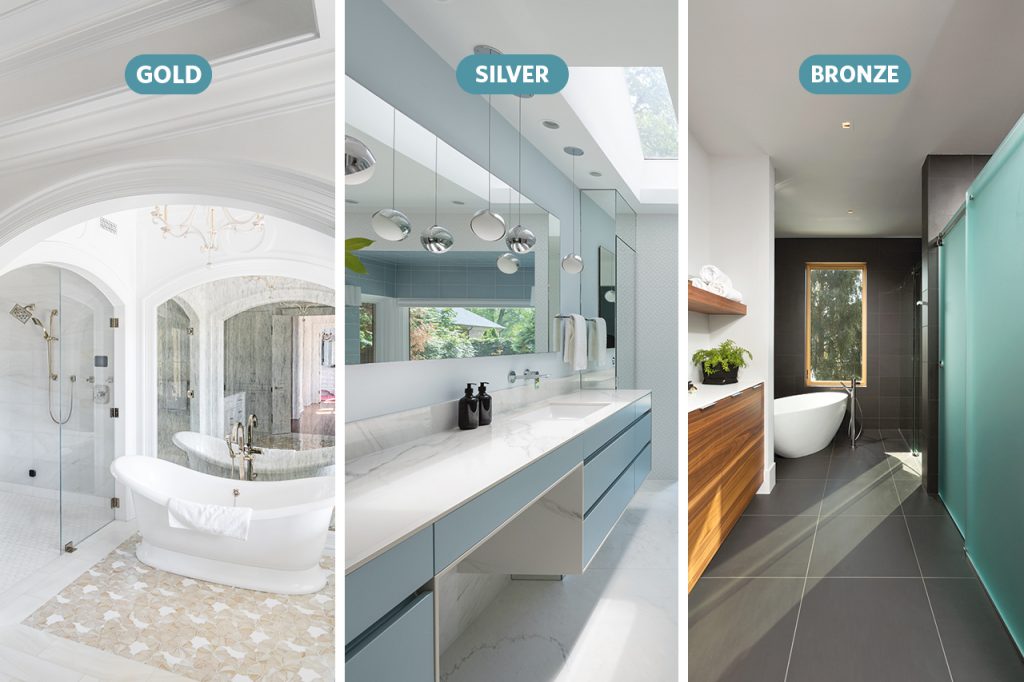 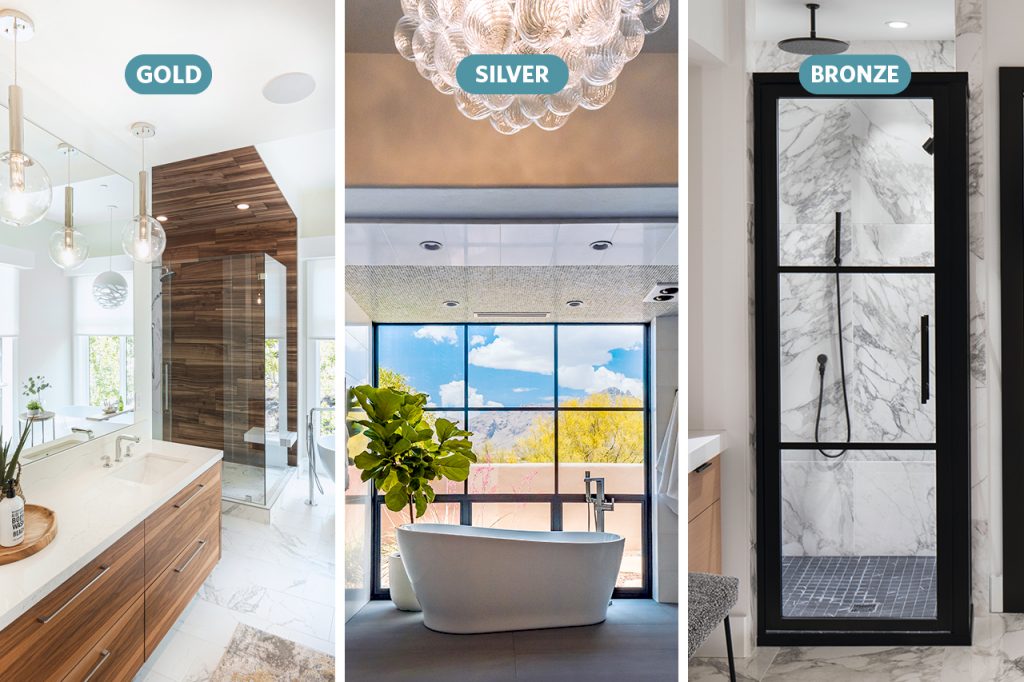 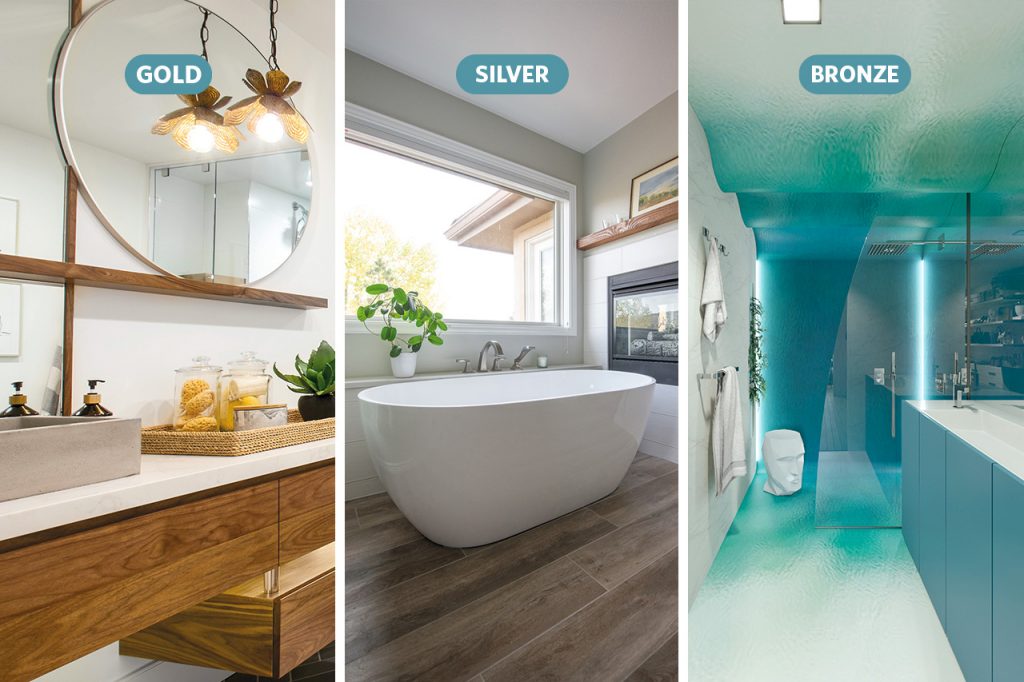 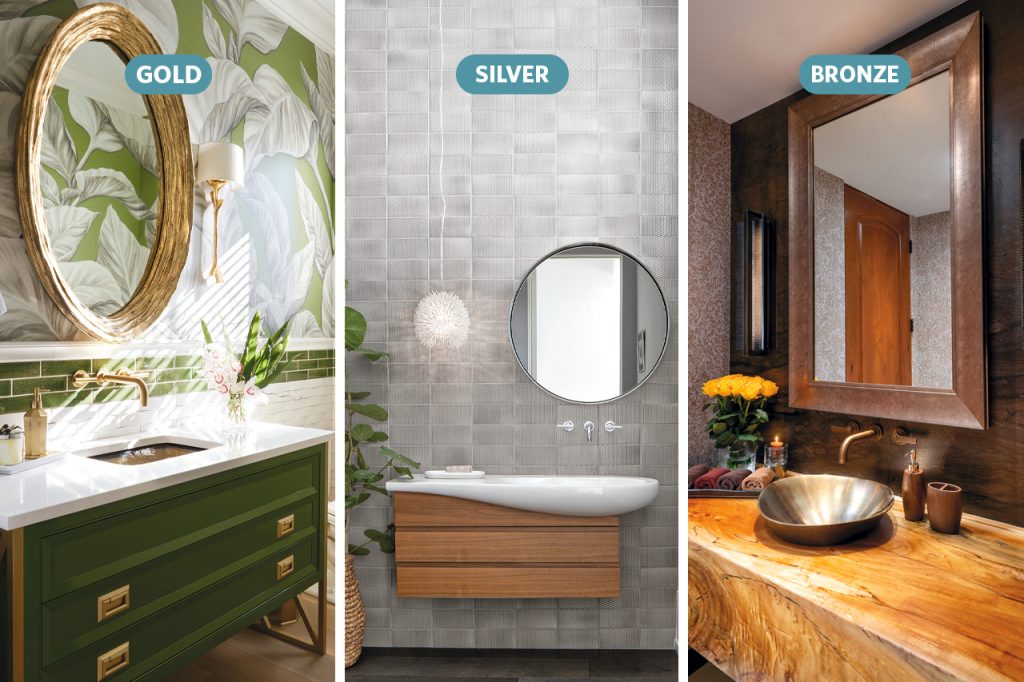 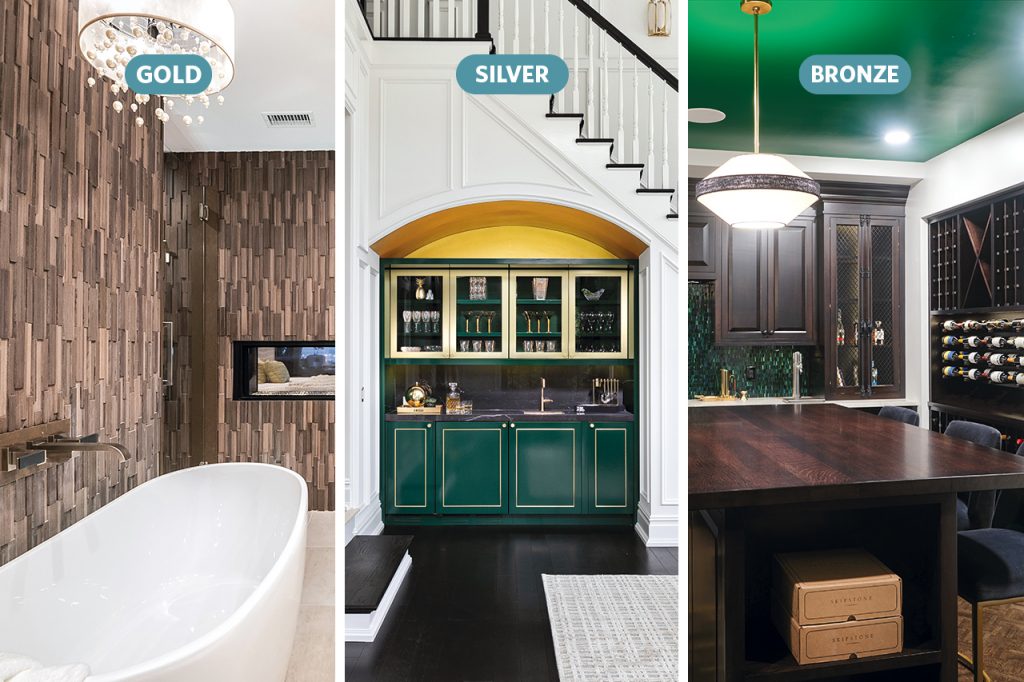 Did you miss our previous article…
https://www.thegreenwoodkitchen.com/?p=612

House Painters Are in Demand

Cabinet Refinishing: Create A New Look For Your Kitchen Cabinets